You’ll get the recipe for this at the end: 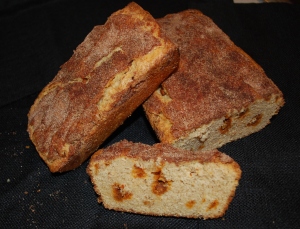 So most of us, including me, sit on our bums all day at work in front of a computer.  We all know that this isn’t the healthiest way to spend the majority of our day, but what can we do?  Particularly for runners, sitting all day increases the tightness in our muscles.  I know that this has happened to me more times than I can count since I started my job.  I work out in the morning, and then two hours into the work day I stand up and BOOM the calves are uber tight.

I feel like every article I read says, “Use a standing desk.”  I am going to venture a guess and say that most of us don’t have the option to have a standing work desk.  Just throwing that out there.

Others suggest using a stability ball as a chair.  While that is all fine and dandy, it really isn’t the professional look that most offices (at least my office) are trying to portray.  So I am going to have to nix that idea as well.

One thing we can all do is get up regularly even if it is just to walk to the printer or get a glass of water. Hey!  We can hydrate while we are stretching those legs!

In any case, I will be sitting on my bum for pretty much 24 hours in two days.  Yup! That’s how long the flight is to India!  With my GOTR girls, we were talking about emotional health at the last practice (I promise I’m not getting off track) and being able to share our feelings. One of the words that several of my girls asked me to explain was anticipation. This was how I explained it:

“So, what do you feel like when your best friend’s birthday party is on Saturday but it is only Wednesday and you are just so excited that you feel like you can’t wait any longer? That’s anticipation.”

And that is how I am feeling about India!  (See, I didn’t digress!)

Also with regard to emotional health, this last week has been emotionally draining for several reasons with one of the main ones being the tragedy at the marathon.  Tonight I decided to participate in Madison’s Runners for Boston event put on by Fleet Feet.  Over 154 people RSVPd!  And the number of Boston shirts and jackets there was unbelievable!  So many people in Madison have run the Boston Marathon!  So many people have been impacted! I ran the 3 mile loop with Kim feeling a huge weight lifted from my shoulders.  I have needed to run again since the tragedy to help work some of those feelings from my system.

Prior to Boston, I made this Snickerdoodle Bread that was absolutely delicious!  I will definitely be making it again!  I have a minor obsession with cinnamon chips as does Madame M, so I am thinking she will demand it!  But in any case, you should totally check out this recipe!

– Combine 2 1/2 cups flour and baking powder in a large bowl.

– In a separate bowl, cream together the butter and 2 cups sugar, salt and cinnamon until fluffy. Add eggs, one at a time, mixing well after each addition. Add vanilla and sour cream and mix to combine. Stir in flour mixture until just combined.

– Coat the cinnamon chips with 1 tablespoon of flour and stir into the batter.  Spoon the batter into four or five greased mini loaf pans (or two 9×5 loaf pans).

– Combine the 2 tablespoons sugar and 2 teaspoons cinnamon and sprinkle over each loaf. Bake for 35 to 40 minutes for mini loaves (or 60-70 minutes for full-size loaves), or until a toothpick inserted into the center comes out clean. Remove from oven and let cool 5 minutes before removing from pan.

2 Responses to Sitting on our Bums (Recipe: Snickerdoodle Bread)